After writing about how we trained our 3-month old baby to sleep through the night without feeding, I was feeling pretty good about how well Bibi was sleeping and how well rested I was. It was nice to feel such a high in my journey as a new mom after feeling so low from my postpartum complications, hence, I was really dreading the inevitable 4-month sleep regression.

What is 4-Month Sleep Regression?

A 4-month sleep regression occurs when baby’s sleep pattern changes and even previously good sleepers start waking up in the middle of the night and refuse to go back to bed. Baby is growing out of his 2-stage sleep pattern consisting of a quiet and active phase. His system is maturing and his sleep pattern is more like an adults which means he comes to a natural wake-up or near wake-up every hour or two. Some signs of sleep regression include: fussiness, multiple night wakings, refusal to go back to sleep, appetite changes and changes in napping patterns.

Disclosure: This post may contain affiliate links. As an Amazon Associate I earn from qualifying purchases.

Even though it was so exhausting dealing with the changes in Bibi’s once very good sleep schedule, the good news was that she was maturing and learning new things, most notably – being able to flip from back to front. This gave us the confidence to finally let her sleep soundly all night on her belly whenever we found that she had flipped herself over during the night. I kept in mind the appreciation I had for her maturing little system as we navigated the dreaded 4-month sleep regression.

How We Dealt with Baby’s 4-Month Sleep Regression

Bibi’s sleep regression started with her waking up in the middle of the night playing, babbling and practicing her new skills. My previously sleepy newborn had become stronger, more alert and inquisitive. Between the hours of 2 am – 4 am, she would wake up and stare at her mobile or babble loudly for one to two hour stretches, waking up my husband and I and then falling back asleep herself. Even though we were losing sleep, this part of her regression was simple enough to deal with. We continued using our trusty sound machine (here’s an affordable popular model) to help Bibi transition through sleep cycles and made the room environment even darker so she couldn’t see anything and be distracted by all the “fun” things in the bedroom. This was achieved by turning off all the lights and nightlights in the house and using blackout curtains. (If there is a gap underneath the door, try these door draft stoppers to further reduce light, draft and noise.) Then we let her figure things out for herself and eventually she went back to sleep on her own.

After a little more than a week of Bibi’s midnight play sessions, her next awakenings were not so sweet and easy to deal with. In the middle of the night, she started crying hysterically and refused to go back to sleep. At first I was a little torn on whether or not I should feed her since we had worked hard to eliminate her night feeds already. We ended up using a modified S.I.T.B.A.C.K routine from Taking Cara Babies to decide on whether or not a feed was truly needed.

The S.I.T.B.A.C.K routine follows a set of steps that becomes progressively more intrusive until a feed is finally offered. At first when Bibi cries, we wait at least 5 minutes before we go in to check on her. Sometimes she might settle back into sleep by herself but sometimes she ends up crying hysterically, this was especially so during her sleep regression. By now, I can discern the difference between her whining or hysterical cries. If she is just whining in a “I woke up and I’m disorientated” sort of way, I just use the French method of “le pause” – a method which requires parents to step back for a moment to assess if more intervention is needed – to let her work it out herself. Sometimes she might suck her thumb and fall back asleep.

If she refuses the pacifier, I pick her up and give her some cuddles which usually stops her crying for less than a minute as she looks around the room and get re-orientated. If she resumes crying, which she often did during her regression, I know it’s time to offer a feed.

What I just described is one way to do a “hold off” style routine like S.I.T.B.A.C.K from Taking Cara Babies. I never go in and pick her up or offer a feed right away. The only time I do pick her up immediately is when she cries hysterically. I’m sure by now, most parents have no troubles deciphering the differences between their baby’s cries. I know when Bibi cries hysterically it’s most likely that something is wrong – she isn’t feel well or she’s very hungry.

After a feed, if she has no problems being laid back into bed awake and putting herself to sleep, it’s a good sign that she was truly just hungry to begin with and wasn’t looking to be soothed back to sleep with a feeding. We found this S.I.T.B.A.C.K technique easier to implement because we were sharing a room with Bibi per CDC recommendations. Read here on the reasons why we co-sleep with baby and the benefits on sleep training.

I should note on the nights that I described having fed Bibi immediately after hearing her hysterical cries were the nights when she was sick for the first time with a cold. It seemed inevitable because she had recently learned how to grasp different objects and would bring them into her mouth to explore further.

She was coughing and sneezing but felt well enough that she continued to be a focused feeder during the day. I reviewed the notes from Taking Cara Babies and it recommends to give lots of love to baby during this time, put sleep training aside for now and offer a feed when baby asks for it because she needs to stay hydrated. I followed this advice and fed Bibi every night for 6 nights when she woke up crying, feeling a little aprehensive each time that she’d have to relearn all her good sleep habits. But true to the program’s reassurance that, “If you had a good sleeper, you will get her back once she’s well,” our sweet Bibi did stop asking for night feeds once she fully recovered from her cold and only cried for them on occasion during the rest of her regression.

How the 4-Month Regression Ended

Bibi’s regression phased out gradually, the nights she cried for milk or stayed up to play started to decrease in comparison to the ones in which she didn’t until she started sleeping a long continuous stretch in the night consistently again. Now she sleeps a little over 11 hours each night from around 7 pm to 6 am, it’s a little bit less than the 12-13 hours she used to do in the night. (Update: Bibi continued to sleep a minimum of at least 11 hours each night with a brief period in which she woke way too early, read how we dealt with baby waking up at 5 am).

In total, her 4-month regression lasted around 20 days. It was an interesting time because I was given the chance to feed her again in the middle of the night, something which I secretly missed about her newborn phase. However, this time, I was much more well rested and it allowed me to enjoy the late night bonding moment. I’m happy I had the opportunity to experience that again and at the same time, see her mature into a more alert and curious infant. You might be curious to read about Bibi’s 5-month sleep training update here. 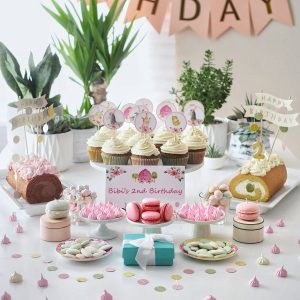 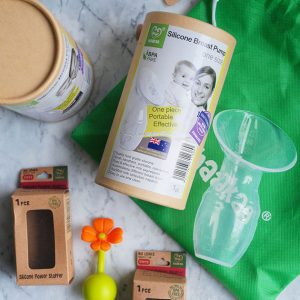 How to Find Time to Pump with a Newborn