Here are a few strategies we used to help our 2-year old baby toddler sleep through the night again after a regression. A sample schedule is included.

I haven’t updated you on this sleep training series because Bibi’s sleep habits had been quite uneventful. Since my last sleep post, How We Helped Baby Drop to One Nap at 16 Months she has since moved into her own room without fanfare. Bibi has continued to put herself to sleep and sleep through the night until an acceptable time in the morning. Everything was going so well until Bibi turned 2-years-old.

Shortly after her second birthday, we had a change in our living arrangements. When Bibi moved into a new room it seemed to be a catalyst for her 2-year “sleep regression.” I use sleep regression in quotes because I learned it is not a regression, per se, and is better defined as a sleep disruption. You can read more about that in this post.

Bibi was having all sorts of trouble falling asleep on her own. Bedtime would drag out until she finally fell asleep at 9:30 or even 10:00 p.m.! The later she fell asleep the worse her overall sleep quality. This sleep regression continued to worsen and resulted in Bibi waking up super early around 5:30 or 6:30 a.m.!

During her regression, our bedtime usually looked like this:

We knew that we needed to do something to help Bibi return to her healthy sleep habits.

Naturally we started to investigate. We needed to pinpoint what was causing her sleep disruption so we could help Bibi sleep through the night again. Here are some possible causes of 2-year-old sleep regression.

How We Helped Toddler Sleep Through the Night Again

After we figured out what might be causing Bibi’s 2-year-old sleep regression, we used these strategies to help her get back to her healthy sleep routine.

Setting the environment for sleep

First, we made sure Bibi wasn’t seriously in need of milk at bedtime. Instead of giving her milk before reading books, we read books first, had milk and then brushed teeth and put on pajamas. We helped her recognize that there would be no more milk by reminding her it was the “last milk of the night” when she was drinking.

Eventually, Bibi realized we would not be bringing her out of her crib to have more milk after her bedtime routine and stopped asking for it.

Foster Confidence when Toddler is Alone

We wanted to help Bibi feel confident and safe when she woke up alone in her bed. Throughout the day, we reminded her not to scream when she wakes up and encouraged her to sing songs instead. We even made up a silly song about a brave bear who would go to sleep alone and then wake up and sing songs to himself and his friends. She loved that song so much and requested it everyday.

At nighttime, before we left the room, we’d turn off the light and practice singing easy songs like the ABCs with her while she was in her crib hugging her stuffed animals.

Eventually, in the morning when she awoke, I could hear her through the baby monitor singing songs to her stuffies. For the first few mornings, I would go in there much sooner than the half hour that I wanted her to stay in her crib so I could catch her in a good mood and praise her for not screaming and instead singing to herself.

To help with her feeling of security, we also bought glowing stars for the ceiling which she liked to look at while she laid in bed.

To eliminate the problems that arose from waking up from her nap too late in the day,  we decided to reduce her naptime to 1 hour (instead of 1.5 hours). We also established a solid wakeup time of no later than 3:15 p.m. Ensuring that she was getting just enough naptime sleep (but not too much!) helped build up more sleep pressure for bedtime.

Another strategy we tried to help with Bibi’s sleep regression was to start her bedtime routine earlier, at 7:30 p.m. Our first night trying an earlier bedtime routine she fell asleep two hours later at 9:30 p.m. She gradually fell asleep earlier each day and within four days she was falling asleep by 8:30 p.m. Since she was falling asleep earlier, her nighttime sleep was better quality and she slept until 7-7:30 am in the morning.

After identifying the possible problems causing the 2-year-old sleep regression and trying to remedy them, we ended up with a new sleep schedule for Bibi. Your toddler’s sleep schedule may look different, but sometimes it helps to see what is working for another family.

As Bibi has grown-up and we’ve worked on her sleep training, fixed early morning wake-ups, helped her drop one nap at 16 months and now helped her with two-year-old sleep regression, we’ve gained more confidence that we can figure out the cause of Bibi’s sleep issues and resolve them.

By carefully considering what might be causing a sleep regression, working to remedy the problems and most of all staying very consistent in your approach, I am confident that you can also help your baby or toddler with any sleep issues they might have by crafting your own unique routine.

I hope sharing our sleep solutions will help you. 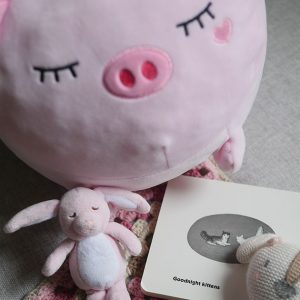 Baby Waking Up at 5 am – How We Fixed Early Wakings

Trained 3-Month Old Baby to Sleep Through the Night 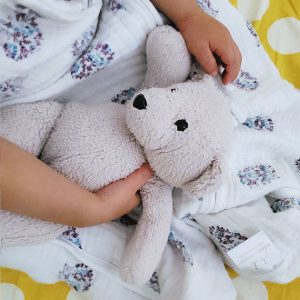 How We Helped Baby Drop to One Nap at 16 Months